Almost overnight, green hydrogen has gone from being a total stranger to appearing in a multitude of conversations and plans for the near future. Not surprisingly, green hydrogen plays a vital role in the decarbonization of the energy system across the planet.

The idea of ​​electrifying everything is already known to be not viable. Some industrial processes and heavy transportation, for example, are going to have to run on gas. And the best gas is renewable, which is completely clean.

Although hydrogen is a colorless gas, it is referenced based on different colors. Thus, most of the gas that is used as an industrial chemical is brown, if produced by gasifying coal, or gray if produced by steam reforming methane. The point is neither method is environmentally friendly.

A purportedly cleaner option is known as blue hydrogen, where the gas is produced by reforming methane with steam, but emissions are reduced by capturing and storing carbon. This process can cut the amount of carbon produced by about half, but it is still far from emission-free.

Green hydrogen, however, could virtually eliminate emissions by using increasingly abundant renewable energy to drive the electrolysis of water.

A more recent hydrogen is turquoise. It is produced by breaking down methane into hydrogen and solid carbon through a process called pyrolysis. Turquoise hydrogen can seem relatively low in terms of emissions because the carbon can be buried or used for industrial processes like steel making or battery making, so it doesn’t escape into the atmosphere. However, it is no more carbon-free than the blue variety, due to emissions from natural gas supplies and the required process heat.

With electrolysis, all that is needed to produce large amounts of hydrogen is water, a large electrolyzer, and an abundant supply of electricity. If the electricity comes from renewable sources such as wind, solar or hydro, then hydrogen is green and the only carbon emissions come from those incorporated into the generation infrastructure.

Now the challenge is that large electrolyzers are in short supply and abundant supplies of renewable electricity still come at a considerable price. Compared to more established production processes, electrolysis is very expensive, so the market for electrolyzers has been small.

Green hydrogen has many possible applications. It can be added to natural gas and burned in district heating or thermal power plants. It can be used as a precursor to other energy providers, from ammonia to synthetic hydrocarbons, or to directly power fuel cells in cars and boats, for example. It can also be used to replace the industrial hydrogen that is produced each year from natural gas.

The main problem to satisfy all the aforementioned applications is to bring green hydrogen to where it is needed. Storing and transporting highly flammable gas is not easy. It takes up a lot of space and makes steel tubes and welds brittle and prone to failure.

Because of this, transporting hydrogen in bulk will require dedicated pipelines, which are expensive to build, pressurize the gas, or cool it to a liquid. The point is that those last two processes consume a lot of energy.

Why green hydrogen is so hot

It is true that hydrogen is far from ideal as a fuel. Its low density makes it difficult to transport and store. And in addition, its flammability is not without concern. But other low-carbon fuels also have problems, including cost. And since most of them require green hydrogen production as a precursor, continuing with the original product makes sense.

Proponents point out that hydrogen is already widely used by the industry, so technical problems related to storage and transportation are unlikely to be overcome. Additionally, gas is potentially very versatile, with potential applications in areas ranging from heating and long-term energy storage to transportation.

The opportunity for green hydrogen to be applied in a wide range of industries means that there are a significant number of companies that could benefit from a hydrogen fuel economy. Of these, perhaps the most relevant are oil and gas companies that are increasingly facing reductions in fossil fuel production.

The interest of the oil majors in green hydrogen could be essential for this fuel to reach commercial viability. Reducing the cost of green hydrogen production will require massive investment and scale, something that Big Oil is in a unique position to offer.

The green hydrogen that is produced

Green hydrogen currently accounts for less than 1% of total annual hydrogen production, but a significant production boom is anticipated in the coming years. In fact, green hydrogen electrolyzer projects almost tripled already in the months leading up to the onset of the Covid-19 pandemic in spring 2020.

Where do I start to digitize my factory from

Ten technologies that are transforming industrial production (Part I) 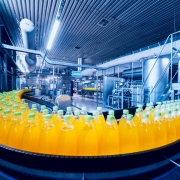 A Guide to Digitizing Factories for SMEs