Hackers’ motives are multiple. From financial or economic to political reasons, which also exist, as is being seen especially due to the war in Ukraine.

One of the most common types of attacks is phishing. It consists of usurping the identity of a sender (usually a legal entity) to trap a recipient, making him open an attached file or a trapped link. This technique makes it possible to break into the computer systems of target organizations. In Spain, it is estimated that around 1.5 million people are victims of phishing every year and the number is only increasing.

There are also zero-day attacks, which are cyberattacks that were not detected by target companies at the time they occurred and require that the day of their discovery be resolved within zero days.

Malware is also a cyber attack in the form of malicious software that contains compromised links, files, or programs designed to compromise the integrity of a computer user’s data.

Finally, ransomware is a type of cryptovirology-derived software that threatens to publish the victim’s personal data or permanently block access to it unless a ransom is paid. This type of threat accounted for about 24% of IT incidents in 2020. 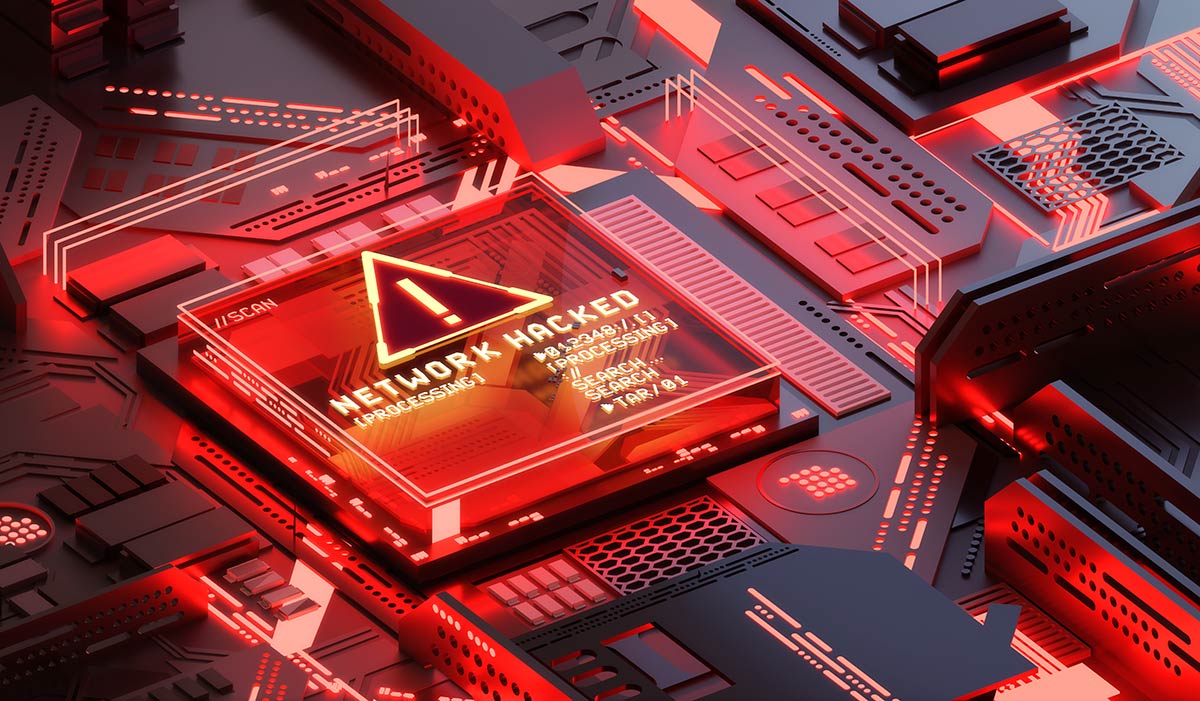 Impacts of a cyber attack

In 2017, more than 90% of companies were affected by a cyber attack to a greater or lesser extent; an increase of 48% over the previous year. It is estimated that every 11 seconds a cyberattack is launched, and it is estimated that 43% of attacks come from China. The time between each attack is four times greater than 5 years ago, when the ratio was approximately one attack every 40 seconds.

According to a study carried out by the IT group Sophos, 25% of companies would be willing to pay a hypothetical ransom demanded by cybercriminals.

In May 2020, the French car manufacturer Renault closed two of its factories in France for precautionary reasons to combat WannaCry, a global malware that had infiltrated its computer system. The consequences of the cyberattack were devastating, with economic losses of 1,000 million euros and more than 200,000 computers hacked in 2 days.

Just one month later, in June 2020, Saint-Gobain, one of the leading companies in the construction sector, fell victim to the NotPetya virus, costing it €330 million.

However, these two companies are far from being isolated victims. Cyber-attacks are multiplying at breakneck speed and, today, cybersecurity should be a priority for companies, and it is not for the vast majority. The complexity and scale of attacks continue to increase, and the risk of loss is ever greater.

Evolution of a growing market

Since the appearance of cyberthreats and their multiplication, the interest in using cybersecurity has taken on all its meaning. Market players have thus developed diverse and varied offers. For example, they offer commercial protection against ransomware, malware, and phishing attempts; data and network protection; improved recovery time from an unauthorized intrusion (RTO); and protection of end users and their personal data.

Given the circumstances caused by cybercriminals, the cybersecurity market is one of the markets that has recorded one of the strongest growth in recent years. In addition, it is still a very fragmented market because there are more and more new players in this industry, a fact that only reinforces competitiveness. The cybersecurity software market was valued at $186.41 billion in 2019 and is projected to reach $362 billion by 2027.

Due to rising security risks and threats, investment in cybersecurity technology and services is increasing, although not enough according to experts in the field, who point to the huge and growing annual global losses as an indication that not everyone gets it. they are taking seriously.

Covid reinforces the growth of cybersecurity

Despite the change to teleworking that was forced by covid in 2020, a good percentage of these companies were not able to provide a 100% cybersecure environment for their employees. According to cybersecurity giant McAfee, 47% of people fall for phishing when working from home. Globally, the number of cyberattacks is estimated to have increased fivefold since April 2020.

Before the appearance of the virus, 20% of cyberattacks were carried out through the use of malware or previously unknown means. After the start of the pandemic, this same indicator rose to 35%. New attacks are intelligently architected, allowing them to learn and adapt to the environments they wish to threaten. This also allows them to remain undetectable.

The covid has generated new markets through the digitization that has been necessarily generated. This has meant that telecommuting, for example, has favored the growth of the cybersecurity market to a greater degree.